Westside Singers was formed in 1987 by Marilyn Perkins a well know Calgary musician. Marilyn was the music director of Scarboro United Church as well as the Multicultural Choir and the Grad Choir.

The choir was formed from a New Horizons grant which tried to encourage more people to enjoy choral music in Calgary. It has continued throughout the years with several different directors, and is now going into its 32nd season, giving pleasure to both audience and performer alike.

Our Director:
Karen Nell-Bennett, M.Music
This is Karen Nell-Bennett’s sixth season as our director. Karen is also the Choir Director and Communications/Marketing Coordinator at Symons Valley United Church, the Director of TransCanada in Harmony (Transcanada Pipelines Choir) and runs a successful voice and piano teaching studio, KnB Music Ltd. She was the Minister of Music at St. Andrew’s United Church Choir from 2008 to 2014 and has led many community choirs since moving to Calgary in 2004. Karen comes from Newfoundland and you will find her funny and knowledgeable. In addition to her Bachelor of Music from Memorial University (St. John’s, Newfoundland), she also has a Masters in Music in Choral Conducting and Vocal Performance from the University of Alberta. When she’s not living her love for music, she enjoys spending time reading with one (or all) of her three cats curled up on her lap.

Our Accompanist:
Our accompanist is Gaylene Hennan who has many years of experience accompanying voice students and choirs in Calgary. 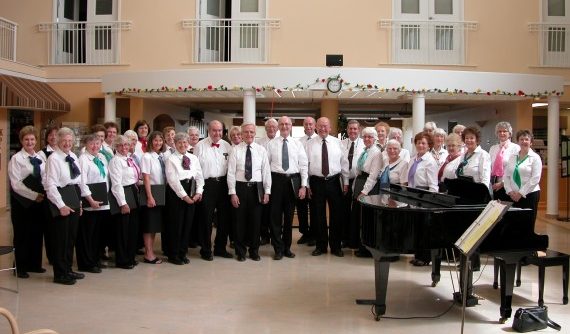